Australia’s inflation rate has been stubbornly below the RBA’s target band of 2–3% for several years now, but the 0.9% rate realised in 2020 was, even in this paradigm, exceptionally poor. However, economists are projecting an increase in inflation this year, driven by increased expenditure from households. 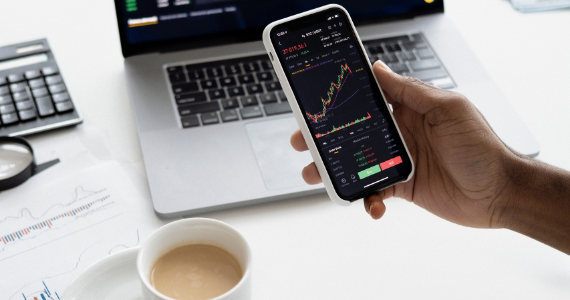 The reasoning behind these expectations is households looking to spend the savings they built up over the last year, as the household savings rate grew from 5.3% in the December 2019 Quarter to 12% in the December 2020 quarter. However, this inflationary spike is expected to be short-lived and over the next 2 to 3 years inflation is expected to remain below the RBA’s target.

Turning to the labour market, Australia’s unemployment rate sits at 5.6% in March 2021, down 0.2 points from February and continuing its downward trajectory since October 2020. The overall unemployment rate for the nation is now only 0.5 points higher than in pre-COVID February 2020.

This suggests that there is significant demand for labour that could continue to drive the downward trend in the unemployment rate. Vacancies are up for all sectors of the economy, except for Retail Trade, and Arts and Recreation Services, both of which were hit hard by COVID lockdowns. However, with the expiry of fiscal stimulus such as JobKeeper and the Coronavirus supplement for JobSeeker, it remains to be seen whether the downward trend in unemployment will continue.

The Australian yield curve’s steepening has been driven by a multitude of factors. The rise in the 10-year yield has been recently buoyed by expectations of an increase in the cash rate prior to the RBA’s stated 2024 target, as measured by interest rate futures, which can be used to deduce probabilities of future rate hikes or cuts and the respective implied policy rate.

More importantly, when considering the overall changes in both the steepness and level of the curve, both have risen over the quarter due to significant moves in longer-dated government bonds. Given the RBA’s explicit 3-year government bond yield target of 10 bps, the short end of the curve has effectively been pinned to the floor in a bid at reducing short-term funding costs for institutions.

While the RBA notes the rise of the long end of the yield curve, its announcements have indicated a firm stance in relation to the official cash rate remaining at its current level until a sustained rise in inflation. The RBA has briefly acknowledged a temporary rise in inflation “due to reversals in some COVID-19 related price reductions”, however they note that “underlying inflation is expected to remain below 2 percent over the next few years”. Considering the latter, the market continues to price rosier times ahead (more than what the RBA contends).

A rise in yields is potentially a welcome sign for economic conditions ahead, but the inverse is that they also represent higher borrowing costs for market participants such as corporations and governments. For investors, the rise in yields has represented significant losses considering the magnitude of the shift across the curve, especially when considering the duration (interest rate risk) attached to longer-dated bonds. Typically, duration is one of the more difficult risks to trade for bond managers. Furthermore, as yields rise, so do their attractiveness relative to other asset classes such as equities and hybrids.

Lonsec’s base case is that we may see a modest rise in inflation over the next 12 months, but that over the medium term inflation will remain under control as broader structural deflationary pressures such as the continual impact of technology in society and the aging population continue to weigh down on most developed economies. However, even a modest rise in inflation will have consequences for financial markets, and the bond market is where the action will be.

Reproduced with the permission of Lonsesc. This article by Ron Mehmet was originally published at https://www.lonsec.com.au/2021/05/19/what-does-inflation-mean-for-the-australian-bond-market/

Important:
This provides general information and hasn’t taken your circumstances into account. It’s important to consider your particular circumstances before deciding what’s right for you. Although the information is from sources considered reliable, we do not guarantee that it is accurate or complete. You should not rely upon it and should seek qualified advice before making any investment decision. Except where liability under any statute cannot be excluded, we do not accept any liability (whether under contract, tort or otherwise) for any resulting loss or damage of the reader or any other person.

Any information provided by the author detailed above is separate and external to our business and our Licensee. Neither our business nor our Licensee takes any responsibility for any action or any service provided by the author. Any links have been provided with permission for information purposes only and will take you to external websites, which are not connected to our company in any way. Note: Our company does not endorse and is not responsible for the accuracy of the contents/information contained within the linked site(s) accessible from this page.

The post What does inflation mean for the Australian bond market? appeared first on FPG Independent Social & Individual Website Feeds.